"In short, this book is absolutely amazing. The characters and the story are perfectly executed. Favis manages to weave a spine tingling tale that will leave you hungry for more.

This was the first book in the series, and we will be purchasing the rest of them. Five stars from Jayna. We know. It’s a rare occurrence."

Past and present conspire against a killer’s future

​
In a rambling manor house nestled in the Scottish Highlands, smart-aleck American medium Fia and Psychopomp Zackie find a secret passageway that leads to a long-forgotten clan crypt. Among the moldering old bones is a baby’s fresh corpse. Nearby, a hanged man from centuries past plays the babe a lullaby on his fiddle, but her spirit will not be soothed.

When a suspicious Detective Inspector fingers Fia’s childhood friend for the baby’s murder, Fia and her cantankerous mentor Cam must find the real killer. But harnessing the otherworldly talents of stubborn and independent spirits proves tricky. Conflict among the earthbound souls and dark secrets among the living threaten to derail the investigation.

As they close in on the killer, how will Fia and Cam avoid unwanted attention from the DI when their ghostly collaborators bring answers but raise unanswerable questions?

The Zackie Stories of Supernatural Suspense will appeal to fans of BBC One Ghosts, history buffs who enjoy reaching back in time, and to anyone who has ever loved a dog.

The fourth novel of the ZACKIE STORIES. 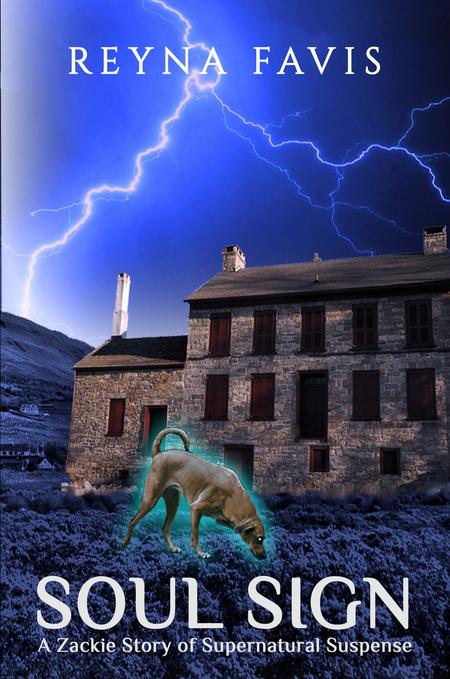 What if everything you knew about the afterlife was wrong? Welcome to Fia’s world.
Fia hates the dead. If a spirit gets too close, their final moments become her reality. It’s no big surprise she’s developed a raging case of necrophobia, and people think she owns the deluxe edition of crazy. Fia is desperate for a dead-free zone. Signing on with a wilderness search and rescue team seems like the perfect fit — no earthbound spirits in the empty woods, right?

By the time she sees a search dog leading a dead boy through a portal to the afterlife, Fia’s a hot mess. Struggling to survive, she’s frantic to learn how to get rid of these spirits. Cam, a snarky Brit and the K9 handler, says he can teach her how to avoid having her reality overtaken by the dead. But can Fia trust him? And it’s freaking her out that K9 Zackie is way more than she seems. To make matters worse, Cam’s first real lesson is rubbing right up against Fia’s necrophobia. If she can be overwhelmed by one spirit, how is she expected to handle a multiple haunting by victims of a murderous home invasion from more than a century ago? Fia is also falling for ghost hunter Lucas, but he is morally and ethically off-limits to her. Lucas might just prove to be a fatal distraction in this dangerous business.

This situation is code red, DEFCON 1, and Charlie Foxtrot all rolled into one. If Fia doesn’t make it, you can bet your sweet patootie she’ll be haunting Cam.

For readers who enjoy a riveting tale with surprises at every turn. Soul Search will keep you turning the pages.

The first novel of the ZACKIE STORIES.

An old house, a creepy doll, and photographs of dead Victorian children.
Just another day at the office when you are a servant of the Psychopomp.

When snarky psychic medium Fia finds a doll made from human hair, she and her curmudgeon mentor Cam must uncover the link between the doll and Victorian memento mori photographs of dead children hidden in an old house.

With the clues pointing to a terrified lost soul and her involvement in a centuries-old murder, the team must unravel truth from lies before a vengeful spirit unleashes fire and death on innocent people.

Perfect for readers who enjoy a little humor in their horror, the Zackie Stories of Supernatural Suspense will keep you reading long into the night.

The third novel of the ZACKIE STORIES.Type your paragraph here. 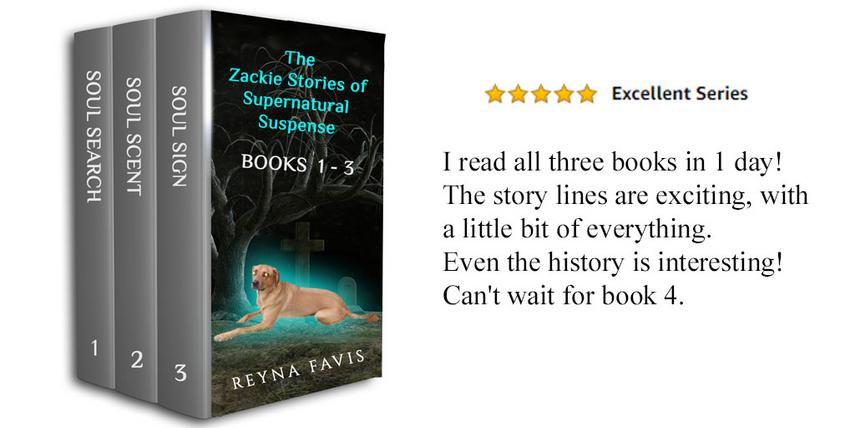 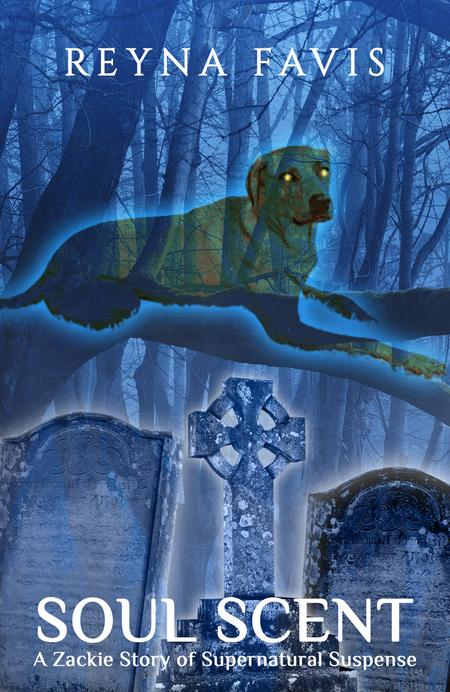 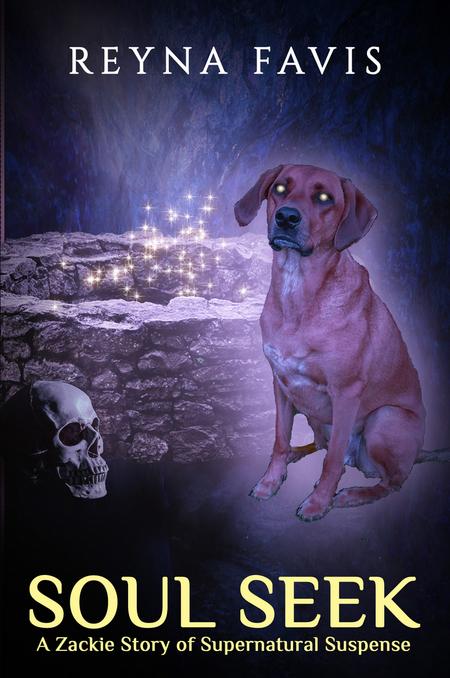 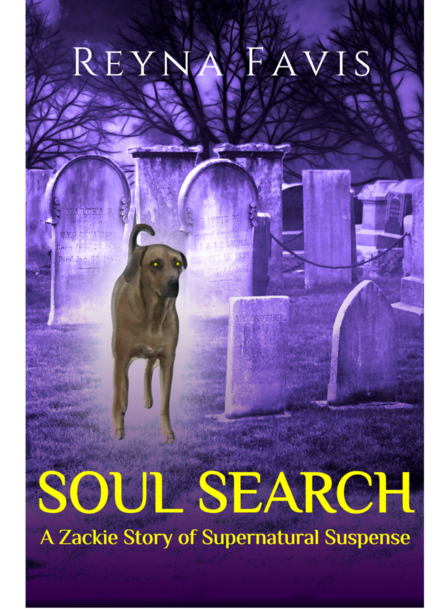 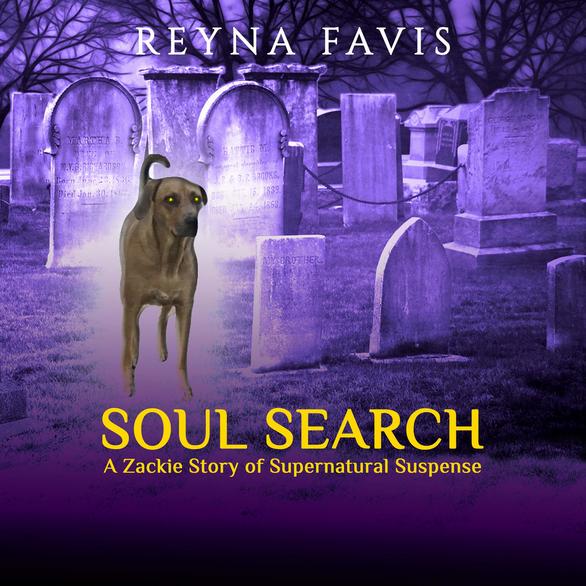 Sometimes only a pair of sharp fangs can untangle a mystery.
Troubled psychic Fia leads a double life. As a ground pounder for search and rescue, she finds the lost and vulnerable living and brings them to safety. As a servant to an ancient and indifferent Psychopomp, her mission is no less crucial - to help the suffering dead cross over to the afterlife. Her worlds collide after a distraught woman with a gun disappears into the woods and the rescue becomes a body recovery.

When a frantic hammering erupts from the empty SAR team trailer, Fia appeals for help to Cam, irascible Brit, mentor and Psychopomp aficionado. But nothing is what it seems, and a straightforward case soon goes sideways. Will Fia and Cam be able to uncover the shocking truth behind the final act of a desperate woman and free her tortured earthbound spirit?

A compulsive read for booklovers who want to be sucked into a story, with mystery, thrills, intrigue, and misleads that will keep you guessing until the end.

The second novel of the ZACKIE STORIES.